How it all began….

In the early 1970’s Margaret Harrison CBE (right), a voluntary worker with families in Leicester, recognised that although a lot of work was being done directly with children, the parents also needed support through difficult times.

When parents themselves are in need of support, the children are also affected. By building their confidence and emotional well being, parents are more able to cope with the difficulties they face, and in turn give their children the time, attention and love they need.

From that single pioneering idea, and the launch of the first scheme in 1973, Home-Start now works in over 300 communities throughout the UK and with British Forces in Germany and Cyprus.

1982
Home-Start Herefordshire was launched volunteers were recruited, trained and introduces to families.

1983
A satellite scheme began in Ross-On-Wye.
We started a family group in Hereford City

1984
We moved into our first office in Whitecross City

1988
We held our first volunteer Preparation Course in Leominster
We threw away the typewriter and bought an Amstrad PCW 9512!

1989
We received £1000 From ‘BBC Children in Need’ to set up a fun Fund to enable us to organise some outings and treats for our families.

1992
Our Tenth Anniversary, We celebrated with a big party for families,  volunteers, staff and Management committee, we also produced an anniversary Brochure and organised a conference ‘The Myth of coping’

1994
We were visited by two ladies from Norway who were interested in setting up a Home-Start Scheme in their country. Herefordshire Council planted a flowerbed in Churchill Gardens with the Home-Start logo in celebration of the Year of the Family’

1996
We moved offices to Belmont Abbey

1998
The Silver Jubilee at Home-Start National was celebrated with a trip to Legoland. 8016 people from 80 schemes took part.  Our Chair, Senior Organiser and Patron attended a reception at the House of Lords.

1999
With representatives from Hereford Council and the Community Health NHS Trust We organised a conference on’ Parenting’. We started a family group in Leominster’

2002
Sure Start came to Herefordshire and funded a Home-Start office in Leominster and an additional organiser.

2003
We invited families to a big party to celebrate our 21st anniversary.  We ran our first preparation course for volunteers in Ledbury.  We opened a family group in Kington

2004
We celebrated the tenth anniversary of the International Year of the Family with a fun day. This included a fancy dress competition and a balloon launch.

2006
We opened a family group in Weobley. We held a very successful fundraising event ‘An evening with Sir Derek Jacobi and friends’. We had two quality assurances assessments, one for Home-Start UK and one for Acqua accreditation

2007
Our 25th Anniversary HRH Princess Alexandra attended the family fun day we organised to celebrate this important anniversary. We also organised a volunteer party and a conference entitled ‘Family Survival’.
We moved offices to the Fred Bulmer Centre.

2008
We adopted the new Home-Start logo. A large cut in funding from Herefordshire Council forced us to close our family groups in Leominster and Weobley and our office in Leominster.

2009
We published a book of stories Written by families and volunteers ‘Making a difference to the lives of families – the Home-Start approach in Herefordshire’.

We moved into the offices in Rotherwas.  Our staff got training to start delivering the Preparation course at accredited level accordance to with Home-Start UK and the Open College network.

Our President Alex James held a Jubilee Tea party at Broadfield Court in aid of us. This event helped us to celebrate our 30th anniversary of the Herefordshire scheme as well as the Olympics and the Diamond Jubilee.

Sept we were funded by Children In Need to provide a befriending and mentoring service to children 5-14.  In December we secured a grant from the Department of Health. We worked along side other agencies to deliver a “Get Warm Stay Warm Service” for families.

At the beginning on this year we yet again faced an uncertain period in terms of funding, but we did during the year secure another years contract and additional funding to support double the amount of families helped in previous years.

We were fully endorsed by the Charity Commission for England and Wales with a certificate of  Enhanced Quality Assurance Accreditation.

The team enjoyed a well deserved away day at Hampton Court in Bodenham.

Big Hopes Big Futures was launched as an extra support for families with routines and school readiness. We will be launching our Money for life service.

Become one of our dedicated volunteers. The next Course Starts on 23rd September 2021. Super volunteer training. Very rewarding and lots of fun. 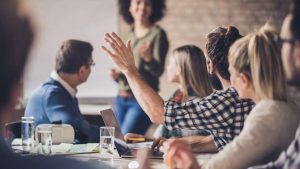